Those who join the Catholic Church as adults are welcomed into the Church through a process referred to as the Rite of Christian Initiation of Adults, or RCIA. RCIA is a program of personal conversion, faith development and celebration, consisting of three phases (described below). It is aimed at three groups of adults: baptized but uncatechized Catholics; those who are not currently Christian (i.e., not baptized); and those Christians (baptized or not) who come from other denominations seeking the fullness of Christ’s teaching. RCIA is also open to Catholics who wish to learn more about their faith, to prepare for the Sacrament of Confirmation, or who seek support as they return to the practice of their faith.

The first phase is called the “Inquiry” phase, wherein the nature of faith and the basics of Christian belief, doctrine and worship are examined and explained. At the end of the Inquiry phase, participants are given the opportunity to make a commitment to developing a deeper relationship with Christ and His Church. The Inquiry phase typically lasts from October through December, culminating in the “Rite of Acceptance,” usually around Christmas time. Those not ready or not wishing at that time to make such a commitment may continue the program of instruction without an intent to be received into the Church, or may retire from the program completely without explanation or justification.

Those who move into the second phase (Called the “Catechumenate” phase) spend their time in deeper faith exploration and the study of specifically Catholic doctrines and teachings, especially the Sacraments, which communicate the life of God to His people most directly. In addition to weekly RCIA sessions, Catechumens are encouraged to participate in the regular Sunday Bible study program at St. Ann’s. Upon completion of the Catechumenate, candidates are brought into full communion with the Church through the sacraments of Baptism (if not previously baptized), Confirmation, and the Eucharist at Easter. The Catechumenate phase typically lasts from January until Easter.

After candidates are received into the Church, they receive instruction in the deeper aspects of the prayer and devotional life of the Church. This occurs in the third and final phase of the RCIA program, the period of “Mystagogy” (“sampling of the mysteries of faith”). During this period, classic Christian forms of prayer and meditation are discussed and explained in light of their relation to the Gospel message, and their ability to deepen the spiritual life. Examples of topics covered are the Rosary, Stations of the Cross, Novenas, Divine Mercy, Eucharistic Adoration, and other forms of prayer and devotion. This period usually lasts about six weeks. Anyone who is interested in RCIA should contact Fr. Denis Ssekannyo, 375-2110. 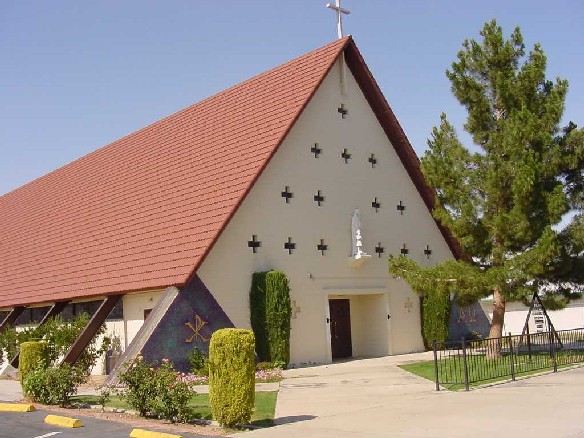